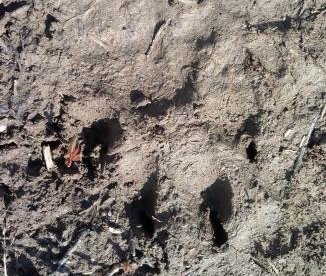 The archives will eventually tell the truth, no matter how contentious the topic of killing the defectors jumping the borders would be, or how long we will keep silent about this fact, as a society. The archives will tell the truth; but for truth to be heard sooner rather than later it takes will – will of the political kind.

The Will – of the Political Kind – Needed

Political will is needed for political decisions to be made to open all archives, including those still in custody of the military, to access information on all people who fell victim of enforcing the communist regime legislation, that tried to prevent them from defecting to the West. We owe this to the victims themselves, we owe it to their loved ones, we owe it to ourselves – if we are to become a responsible and adult society.

While both the Romanian Securitate and its East-German counterpart, STASI, may have not regarded full documentation of such cases a priority, and even bend the truth to their advantage, still, a wealth of data originating from these institutions are available for study at the Romanian National Council for the Study of the Securitate Files, or CNSAS, and to its German counterpart, the Federal Commissioner for the Records of the State Security Service of the former German Democratic Republic, or BStU. These data may contribute to restoring the truth.

It Is Not Revenge, but a Quest For the Truth

The media-campaign dealing with the issue of defectors to the West and hosted by the www.frontieristii.ro does not aim at condemning or publicly exposing individuals, but to prompt the Romanian authorities, the Romanian State that is, to take proper action in restoring the full truth to its citizens. We do not seek the condemnation of the brain-washed border-guard who was put to kill its fellow citizens by a military and political chain of command, but to expose the political system that deprived its own citizens of the most basic freedom of movement.

“Jurgen” – the STASI informant, on Romania’s border with Yugoslavia

The STASI informant writing his reports under the “Jurgen” pen-name came to our attention first via the book STASI and Securitatea, authored by Georg Herbstritt and Stejărel Olaru, who researched the archives opened to the public.

We decided to track down “Jurgen’s” report in the STASI files, and see it for ourselves.

It dates back to 1982, when defecting rates were on the rise, up to the 1989 peak; it is a type-righted copy of a voice-recorded testimony, belonging to “Jurgen”; the report was received and filed by a Captain Scharn, on June 16, 1982.

The report aims to assess the likelihood for East-Germans to defect to West-Germany via the Romanian-Yugoslav border.

A brief report, extended on a little over a page, but a chilling one, for it confirms a Polichinelo’s secret, in the voice of a foreign observer: Romanian border-guards shot to kill.

“During my May to June 1982 vacation I traveled around the Jimbolia city region, “Jurgen” says in his report. This is a border crossing-point between Romania and Yugoslavia, for both train and road traffic.”

Herbstritt and Olaru comment that for foreigners to travel around border areas in Romania was not a small feat, or rather would have been close to impossible; “Jurgen” left out of his report the fact that he enjoyed a privileged status compared to other Romanian or foreign citizens, since his in-laws lived in the area, hence he always had a plausible reason for scouting the borders.

“Jurgen” assessed that East-Germans could have indeed used that stretch of the border to attempt defecting to the West, noticing that the Yugoslav border-guards were more laid back, while the Romanian ones “open fire on and chase down those attempting to flee the country”.

“Jurgen’s” account confirms the double-infringement on the Romanian citizens right to travel both outside and inside their own country’s borders; he states that: “East-German citizens traveling in the area could leave Romania illegally, provided they had relatives or acquaintances who could help them with that.”

“Jurgen” does not mention in his report the killing of an East-German professor at Jimbolia, ten years before, while attempting to cross to Yugoslavia – a case that we will address in a separate report of the present series. It may be that “Jurgen” simply did not know of the fact, or that he kept his report simple and shallow.

While covering by bike several border villages around Jimbolia border-crossing, and riding as close as 50 to 100 meters to the Yugoslav border, “Jurgen” said he saw “on the Romanian side of the border there are manned border-guard towers, between two to three meters high; on the Yugoslav side of the border the border-guard towers are fewer, taller and further afield from the “no man;s land”, then on the Romanian side.”

Readers who want to volunteer more information on the topic may reach the investigative journalists at marina.constantinoiu@gmail.com, and istvan.deak2014@gmail.com