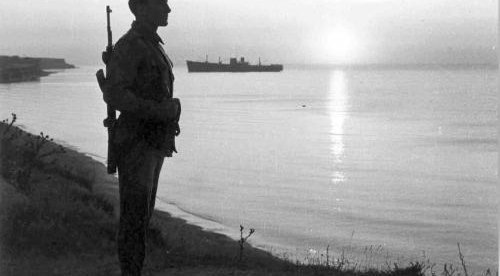 Few could travel to Western countries during the communist regime. One should have enjoyed a special status to achieve that; while traveling to communist states was also subject to thorough screening and could usually take place only as part of a group tour. Owning a passport was also forbidden. Hence the freedom of movement was severely curtailed outside the borders.

Furthermore, traveling inside the country was also restricted, when it came to getting dangerously close to its borders. Those not living or working in these areas had to document their presence in the area. Hence the freedom of movement was severely curtailed inside the borders too.

Not Alone In Fleeing To Freedom

Attempts to leaving the communist motherland and seeking political freedom in the West were spiking, and so were the means deployed by the State to prevent them. The same feelings were shared by people sharing the same political oppression.

So much so, that, according to files of the Secret Services in both Romania and former German Democratic Republic studied by German researcher Georg Herbstritt, some 800 East-Germans arrived to Romania, between 1962 and 1989, attempting to reach West Germany via jumping the Romanian-Hungarian border, or Romanian-Yugoslav border.

About a third of the 800 East-German border jumpers, counted by Herbstritt to have taken the Romania route to West Germany, made it to the West; the other two-thirds, obviously, did not. However, the East-Germans route of choice was through Bulgaria’s or Hungary’s borders.

How Much Guarding At The Borders

The Romanian side of the Romanian-Yugoslav border was extremely well monitored: border guard towers; soldiers picketing; trained dogs; barbed-wire; finely plowed soil on the „no man’s land” area; light flashes triggered when touching the barbed-wire fences, and, the most powerful weapon of all: border-guards trained to believe that people feeling the country were convicted criminals, most likely willing to take their lives too.

True, not only fear-mongering was deployed in managing the minds, but also financial and other kind of rewards: the border-guards got extra pay, or extra vacation days for each defector stopped in his or her tracks – dead or alive.

Access roads to border localities were strictly monitored, so much so that when traveling on a rail-track close to the border one had to show documentation proving the reason for boarding that specific train. The papers could have been requested by authorities while on route, in the train, or at the train-station, or on the road, by police patrols, if traveling by car.

One had to have a cool temper and a well rehearsed story. Any flinching could have resulted in a search of the belongings, and in case “suspicious items” like binoculars, maps, or swimming apparel were discovered, an immediate arrest resulted. It followed the usual beating into submission and recognition of the intent to jump the border.

Border areas were not only sealed for the majority of the Romanians, but also quite porous, for those living in the area. Both Yugoslav and Romanians residing in these area enjoyed “short-distance” travel permits, which allowed them to trade in and visit the neighboring country.

The Yugoslav citizens traveling to Romanian border localities brought with them much coveted bluejeans, spices, cigarettes, coffee and canned goods – all in high demand in a nation starved by its own political elite intent on enforcing outlandish economic measures like paying the nation’s foreign debt over a very short period of time.

But these Yugoslav citizens were also coveted contacts themselves to Romanians seeking to defect the country. Some handed them over their papers, for fear of having the documents destroyed while swimming over in the Danube; some sought guides to take them straight to Trieste, Italy, or Graz, Austria, and avoid thus being caught by Yugoslav authorities, who could have handed them over to their Romanian counterparts.

And that outcome had to be avoided at all costs, for it meant going through the well-known mill of beating, criminal conviction, imprisonment.

Defecting Romania was one topic also on the mind of the Romania-born writer Herta Muller, a Nobel Prize laureate, herself an immigrant to Germany.

„Next to poverty, the second trait we shared was fleeing the country. People were literally intoxicated with the idea of defecting to the West. No one knows how many died while attempting to jump the border. They are most likely in their thousands, but this is a non-issue in present day Romania. Fleeing the country became an obsessive thought”, says Herta Muller.

The personal stories of some of these defectors – many surviving to tell their own stories, many who did not – will be hosted by the www.frontieristii.ro website.

You will read a series of history lessons that schools in Romania have yet to make part of their curricula. These stories are part of our recent past. And we all know that if the past is not known, we might end up repeating it.

Readers who want to volunteer more information on the topic may reach the investigative journalists at marina.constantinoiu@gmail.com, and istvan.deak2014@gmail.com